The Magic Sponge | Saturday Music Showcase with The Two
1159
event-template-default,single,single-event,postid-1159,ajax_fade,page_not_loaded,,qode-child-theme-ver-1.0.0,qode-theme-ver-8.0

Saturday Music Showcase with The Two 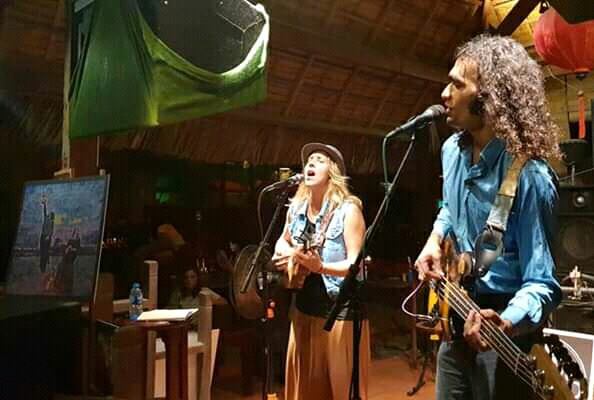 The Two in Concert

On Saturday, 16 February, The Magic Sponge is proud to present "The Two" for our Saturday Music Showcase International Artists Series. The Two have been touring Russia, India, Nepal, Thailand, Laos, Cambodia and Vietnam, and have performed at venues ranging from popular pubs to fine dining restaurants, five star hotels, cruise ships and numerous concert venues. The duo has a unique instrumental combination of ukulele and bass with two distinct vocals. Beautiful synergies between two illustrate the distinct influences of African, Folk, Hendrix and Rock & Roll in their compositions. The Two released their first eponymous album in April 2018. Their performance will include compositions from their album as well as unreleased material and lots of Beatles and classics from Chuck Berry, Ray Charles and jazz standards.